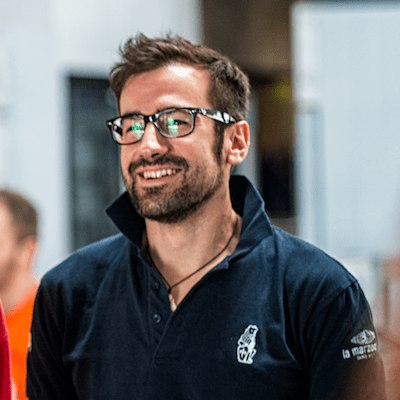 Right after getting a university degree in Business Administration and Anthropology in Milan, Enrico stumbled for the first time into coffee during a sabbatical year spent in Sydney in 2004.

Initially walking his first steps into the specialty coffee scene by assisting a roast master and driving around town as espresso machine technician, he immediately and deeply fell in love with espresso equipment.

Back to Italy, the icing on the cake: he got hired at the Sales & Mktg Department of La Marzocco.

Today, after a decade managing the Service Department, running training programs around the world, Enrico spends most of his time bridging the information flow between the R&D of La Marzocco and the global specialty coffee community, in order to improve the existing machines and test all the new prototypes to better tailor them on the needs of the baristas.
Enrico has been Technical Judge at WBC since Bogotà 2011 and WCE representative since Melbourne 2013, mostly enjoying “spreading the word” in countries where Specialty Coffee is in very early stages of development.

Best experiences so far within WCE? Definitely Head Judging in Uganda BC in 2013, with electrical power going on and off, mud all over the venue, and Latvia 2016, on their very first national championship edition.