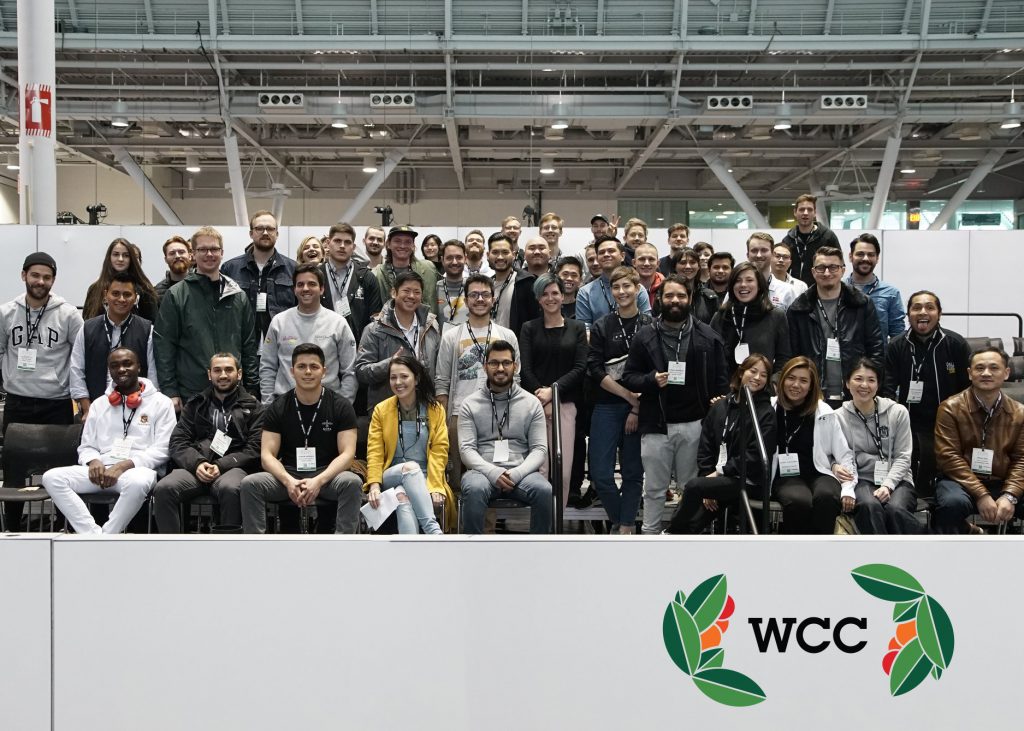 Photo: All of the competitors at the 2019 World Barista Championship in Boston, shot by Jeff Hann for World Coffee Events

Over the last several years, the World Coffee Championships have seen tremendous growth, with communities putting on more championships each year, sending more champions to compete at more events. We’ve also seen an increase in the number of new communities wanting to take part in the World Championships. To better reflect this growth and ensure that competitors at every level continue to have high-quality experiences, we are introducing a few changes to competition licensing and support structures.

The first change is renaming WCE Licensed “National Bodies” to “Competition Bodies.” This is a clearer description of what these licensed event producers do, and helps make a distinction between the license granted to Competition Bodies, and the role of SCA Chapters. Many WCE Competition Bodies (CBs) are also SCA Chapters, and we encourage communities interested in forming a new CB to use the SCA Chapter format to do so. However, competitions is only one of the many ways a SCA Chapter may be engaging and supporting its local coffee community.

The second change is introducing a stronger quality control and support process for Competition Bodies, including yearly reviews before confirmation of the following year’s licensed events, streamlined event sanctioning, and more one-to-one support on individual events. Competition Bodies, including those that are not SCA chapters, will be now all be supported by SCA directly through Regional Community Directors in the Americas, Asia Pacific, and Europe, Middle East & Africa. These community directors will conduct yearly check-in calls, which will include more closely monitoring logistics issues, the numbers of competitors participating in each competition, and licensing fee payments. The goal is to build a more proactive framework for supporting every competition body, to ensure that local competitors have the best possible experiences every year.

Clearer guidelines have also been created around WCE Representatives, the highly experienced World Championship judges who have gone through further training to support and certify the integrity of championships produced by Competition Bodies. At least one WCE Rep must be onsite for any CB competition that sends competitors to a World Championship. To help Competition Bodies and competitors better understand how WCE Reps support the competition, the roles & responsibilities document for WCE certified Representatives has also been updated. These clarified roles & responsibilities will also be used as part of further quality control improvements in the process of becoming a WCE Representative.

We are excited to roll out these expanded support processes in the upcoming 2020 competition season. All documents can also be found under the WCE Competition Bodies and WCE Representatives sections of worldcoffeeevents.org