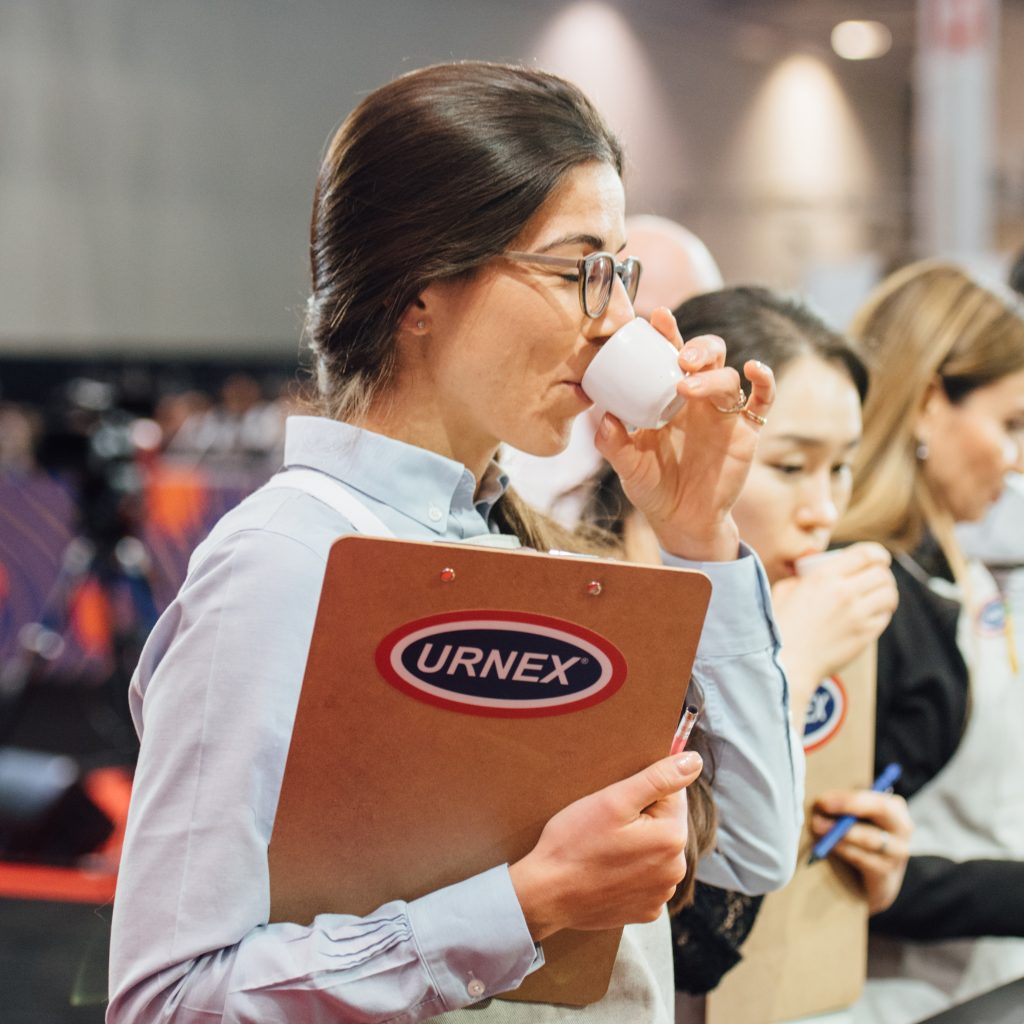 Nina is originally from Munich, Germany, where she started to fall in love with coffee. Nina currently lives in Zurich and got involved in coffee when she started to work as a barista in 2012.

Her first barista competition was in 2013, where she left her tamper behind the stage, and almost burned down the venue. She returned in 2014 and became Swiss Barista Champion. Since then, Nina has worked as a head barista, coffee consultant, in a quality control position at a roastery, has started a coffee roasting project, and is an active coffee trainer.

Nina became a judge in 2014, and since then has been traveling all over the world to judge coffee competitions. She became a WCE Certified Judge for the World Barista, World Latte Art, and World Coffee in Good Spirits Championships in 2016.