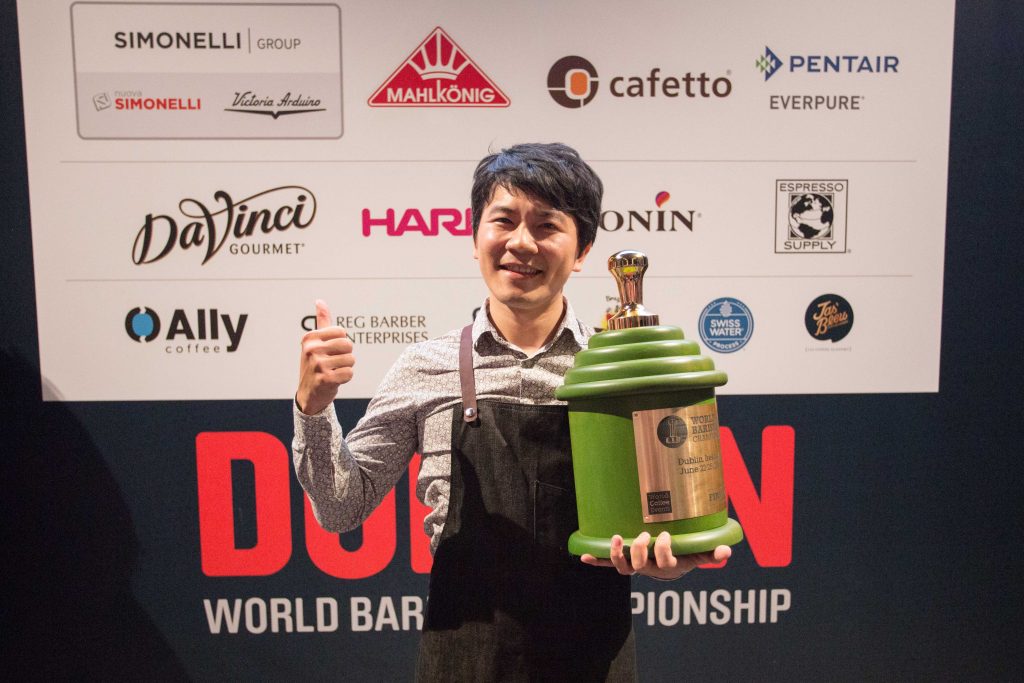 Berg Wu of Taiwan has emerged victorious as the 2016 World Barista Champion. The competition pitted National Champions from 61 competitors against each other in four days of competition at the World Of Coffee Show in Dublin.

The World Barista Championship, now in its 17th year, is the most prestigious coffee competition in the world. Wu has won a Nuova Simonelli Musica espresso machine, his choice of Mahlkönig EK43 or K30 Vario AIR grinder, a 9 day Origin Trip to Brazil with Ally Coffee, a trip to Swiss Water’s decaffeination plant in Vancouver, BC, a $500 gift voucher from Espresso Supply, and a cover story in Barista Magazine. 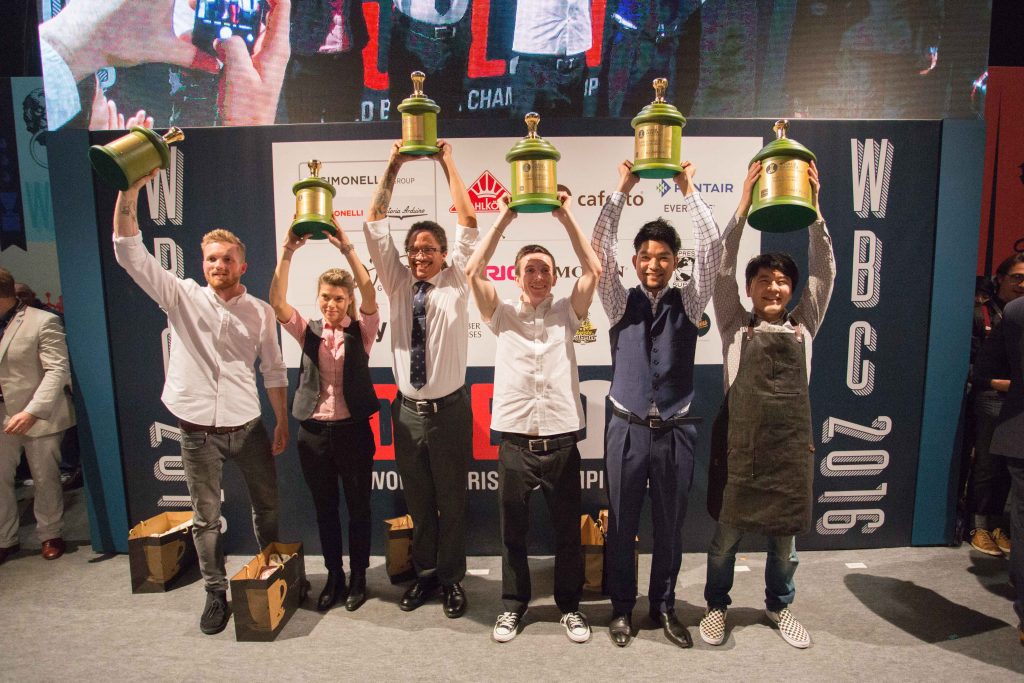 2nd place at the 2016 WBC Dublin is Yoshikazu Iwase of Japan, 3rd place is Ben Put of Canada, 4th place is Lem Butler of the USA, 5th place is Charlotte Malaval of France, and 6th Place is Lex Wenneker of The Netherlands.
————–
About World Coffee Events, Ltd.
World Coffee Events’ mission is to develop events that engage the specialty coffee community and promote coffee excellence. Founded in 2011 by joint cooperation of the Speciality Coffee Associations of Europe and America, World Coffee Events is the premier producer of events for the coffee community and licenses more than 60 championships involving thousands of participants worldwide. For more information, visit our website at https://www.worldcoffeeevents.org.
About The World Barista Championship
The World Barista Championship, produced by World Coffee Events, is an annual destination for barista champions from over 50 national bodies. In each competition, with numerous local and regional preliminary events, baristas prepare espressos, cappuccinos and original espresso signature drinks to exacting standards for a panel of international judges. (www.worldbaristachampionship.org) Support from international and national companies for WBC comes from:
alex2018-01-30T11:26:01+00:00