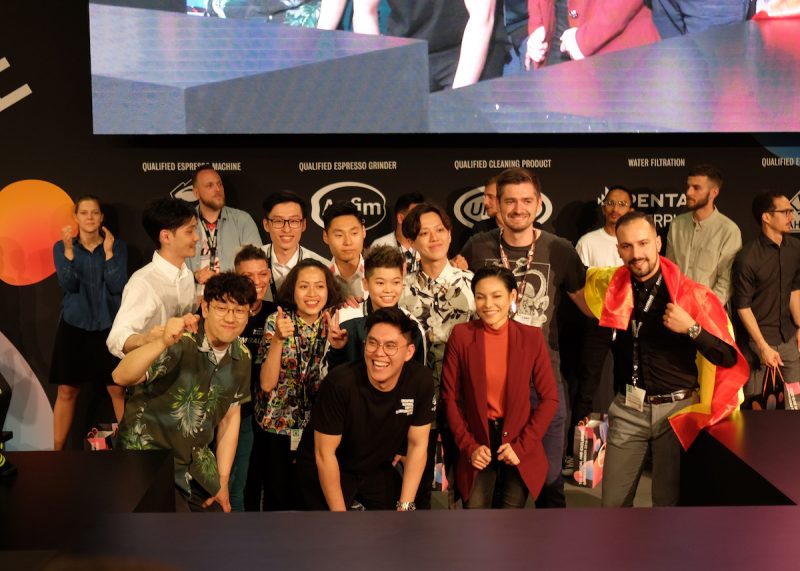 It’s been a jam packed first day of the 2019 World Latte Art Championship here at World of Coffee in Berlin! 42 competitors took to the stage today in Round One, producing a single creative latte pattern at the Art Bar before moving on to the main stage where they made their Designer Lattes. Scores from both portions were combined, and 12 competitors will progress to the semi-finals round tomorrow.

The Semi-Final round returns tomorrow, Friday June 7 from 9:30 AM CEST. Cheer your favourites along on social with the hashtags #BerlinWLAC and #BerlinWCC, and you can watch streams of the competition in full at wcc.coffee/berlin

The 2019 World Latte Art Championship is made possible by our generous sponsors: