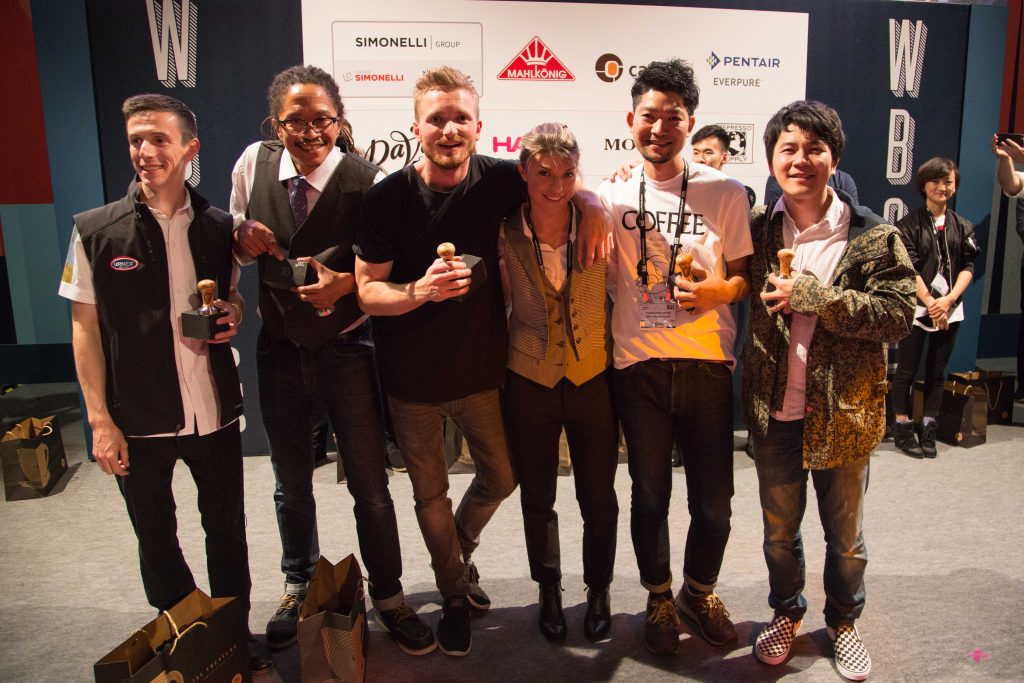 The 2016 World Barista Championship (WBC) in Dublin, Ireland has completed the Preliminary and Semi-Final rounds of competition at the Dublin World Of Coffee show. The top six competitors from the Semi-Finals advance on to the finals on Saturday, June 25th, and Team Tamper has won the first-ever WBC Team Competition. 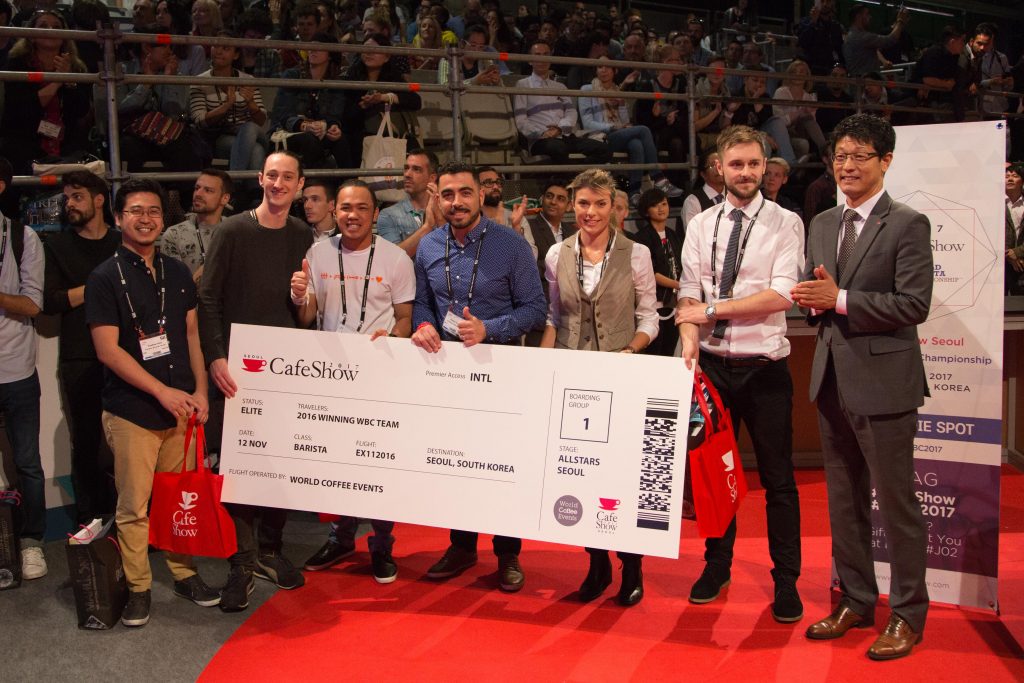 The top six of the Semi-Finals, in no particular order, are Charlotte Malaval of France, Ben Put of Canada, Berg Wu of Taiwan, Lex Wenneker of The Netherlands, Lem Butler of the United States, and Yoshikazu Iwase of Japan. These National Champions will compete starting at 10:30 IST for the title of World Barista Champion.

This year marks the introduction of a number of exciting changes to the WBC competition, including Livescoring, loosened “Milk Beverage” guidelines, and the WBC Team competition. Each of the 61 WBC competitors were placed in one of 10 teams, balanced based on  historical performance ranking. The individual rankings of each competitor were combined and averaged to arrive at a team score, and Team Tamper emerged as the winner. Team Tamper is made up of:  Charlotte Malaval of France,  Lyndon of UAE,  Yoshua Tanu of Indonesia, Steve Moloney of Sweden, Dan Fellows of The United Kingdom, David Coelho of Portugal. These Champions have won a trip to Seoul, South Korea for the 2016 Café Show. In 2017 Café Show will play host to the World Barista Championships.

World Coffee Events’ mission is to develop events that engage the specialty coffee community and promote coffee excellence. Founded in 2011 by joint cooperation of the Speciality Coffee Associations of Europe and America, World Coffee Events is the premier producer of events for the coffee community and licenses over 60 championships involving thousands of participants worldwide. For more information, visit our website at https://www.worldcoffeeevents.org.

World Barista Championship, produced by World Coffee Events, is an annual destination for barista champions from over 60 national bodies. In each competition, with numerous local and regional preliminary events, baristas prepare espressos, cappuccinos and original espresso signature drinks to exacting standards for a panel of international judges. (www.worldbaristachampionship.org)Support from international and national companies for WBC comes from: