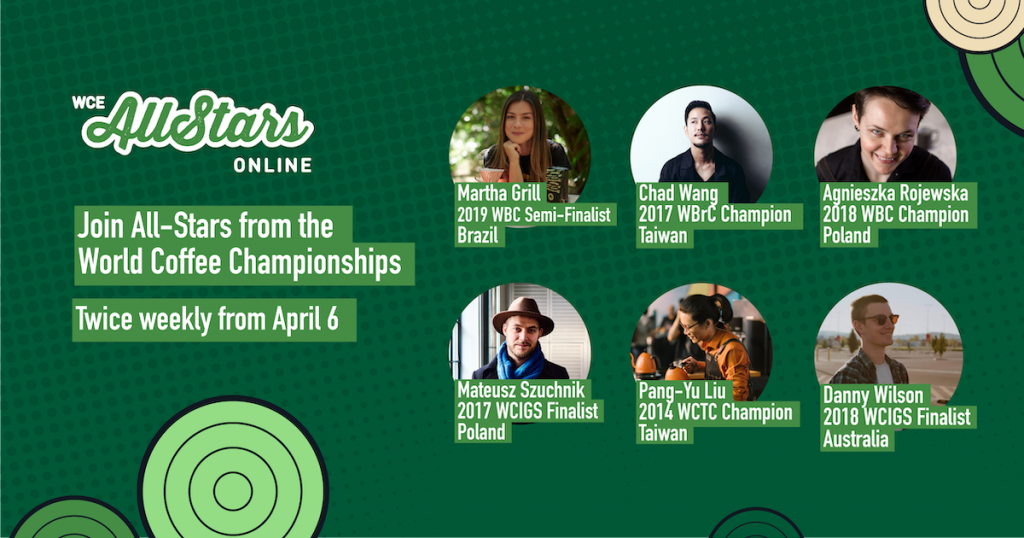 All-Stars Online is returning for a third season, with six top-ranking World Coffee Championship (WCC) competitors coming to your screen twice-weekly, beginning next Tuesday, April 6. The All-Stars program celebrates some of the best competitive coffee makers in the world in a fun, engaging format, which we are adapting to bring directly to you.

The program is divided into two parts: an episode released on the WCC YouTube channel every Tuesday, where we’ll learn more about the All-Stars, including how to make one of their signature beverages; and an informal chat on Instagram Live hosted by the Barista Guild (BG).

The schedule and All-Stars being featured this season are as follows:

You can subscribe to the WCC YouTube channel to get notified when the episodes are posted. Times for later Instagram Live releases will be posted on the WCC and BG social media channels before the episode. Can’t wait for season three? Catch up with episodes of All-Stars Online season one and season two.